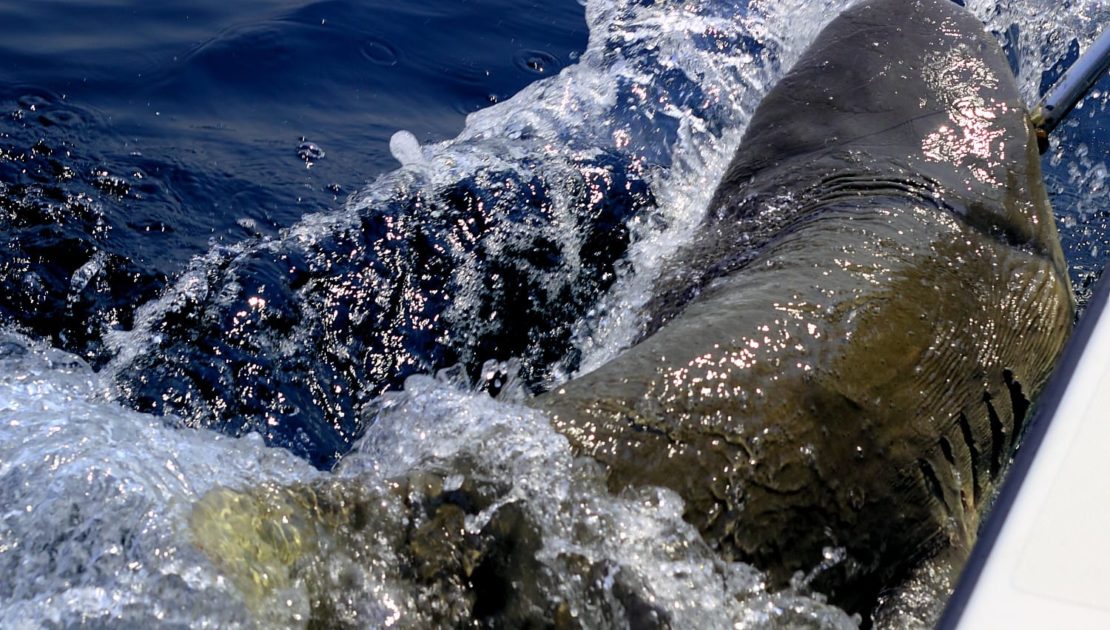 Wreck fishing has been on fire!  With permit on our mind, we headed offshore to visit some of the local wrecks for further investigation of these silver backed screamers with the FishbuzzTV crew.  Unfortunately, the permit were vacant, but the amberjack and cobia kept us plenty busy on light tackle and fly gear.  Chumming them to the surface with a well full of prime whitebait was key and made for some exciting and violent eats.  Soon we found out why the permit weren’t there as the sharks and goliath grouper invasion began.  Lemon sharks and bull sharks as big as 10 feet long were spotted and it was game on.  With a chunk of meet and a heavy wire leader we battled these beasts to submission.  We also had a few devour our ajs and grouper like chicken nuggets within spitting range.  Seen in this photo is a 9-10 lemon shark that ate one of our grouper on a light spinning rod.  It just happens the 6/0 hook on a 60 lb fluorocarbon leader held up due to a perfectly placed hook away from the jaws of this 500 lb monster.  Check out the pics done by Jon Brett of FishBuzzTV!!